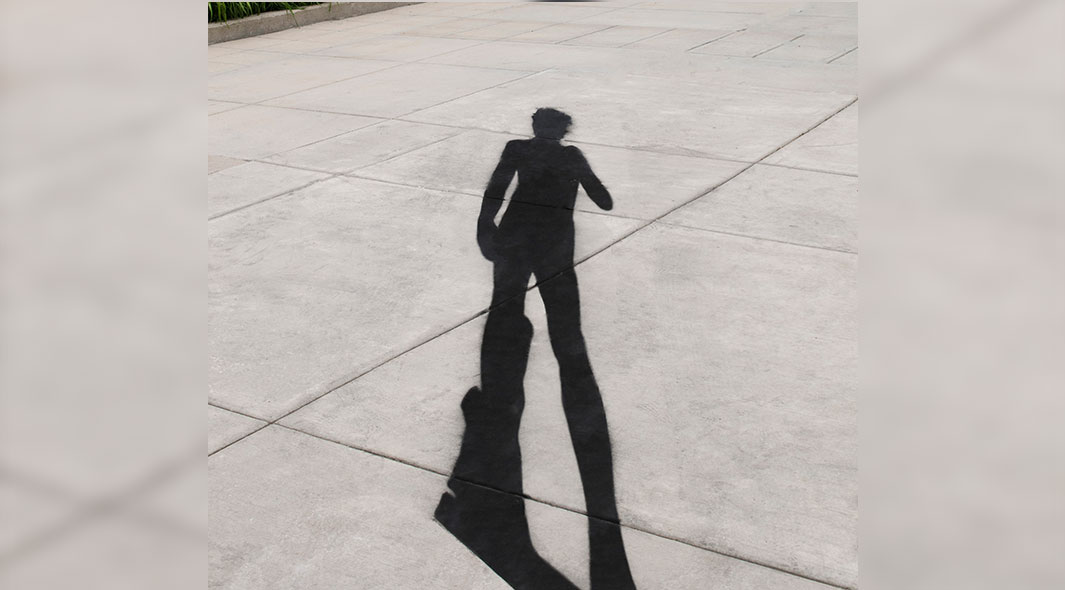 Courtesy of the artist and 1301PE, Los Angeles

Ana Prvački finds our daily world an unparalleled stage for artistic interventions. She resists our obsession with material things, and applies a playful touch to her critical thinking on how we allow objects to dominate our lives. Prvački has focused on different social norms regarding personal space; on the tangible influence of ephemeral music; and has created all kinds of contraptions that celebrate the human capacity for invention of useless things.

Sculpture Milwaukee presents Prvački’s Stealing Shadow: Michelangelo’s David. This world-renowned monument, created between 1501-1504 by Italian artist, poet and architect Michelangelo di Lodovico Buonarroti Simoni, comes from an Old Testament story about the shepherd boy David who defeats Goliath of the Philistines with a simple sling and rock. While Michelangelo elevates a commoner to the status of victor, David’s face is also wrinkled with concern. We have lionized David for his feat, which has inspired countless under-dog parallels from sports to politics, while Michelangelo tempered his beautiful statue with the realities of life and loss. By presenting David’s shadow on the street, Prvački brings to us a monument to our steadfast ability to face our own daily challenges. By bringing this shadow to Milwaukee, the artist reminds us that there are hidden stories of struggle that live everywhere we walk.

Prvački’s provocative appropriation also pokes at the long shadow this monument casts over any artist who makes public art. This is a new genre of public art, one that moves beyond the reverence for men-on-horse statues or mermaids-in-fountains, and instead playfully enlists each visitor to be part of a living, artful streetscape.

Prvački, born in Pančevo, former Yugoslavia (now Serbia) in 1976, lives and works in Los Angeles. She received her MA at the LASALLE-SIA College of the Arts, Singapore, in 2005; her Master Arquitecturas Genéticas, El Nuevo Proyecto Cibernetico y Ecologico, Universitat Internacional de Catalunya, Barcelona, in 2001; and her BFA at the Pratt Institute, New York, in 1991. Recent one-person exhibitions have been held in: Guadalajara, Mexico, Los Angeles, Singapore, Turin and Boston; and she has been included in group shows in Australia, Belgium, Bosnia and Herzegovina, Brazil, China, Denmark, Germany, Slovakia, Taiwan, Thailand, Turkey, the United Kingdom and the United States. She has had performances on the High Line, New York; with the Los Angeles Philharmonic; the Isabella Stewart Gardner Museum, Boston; and documenta 13, Kassel Germany, among others.