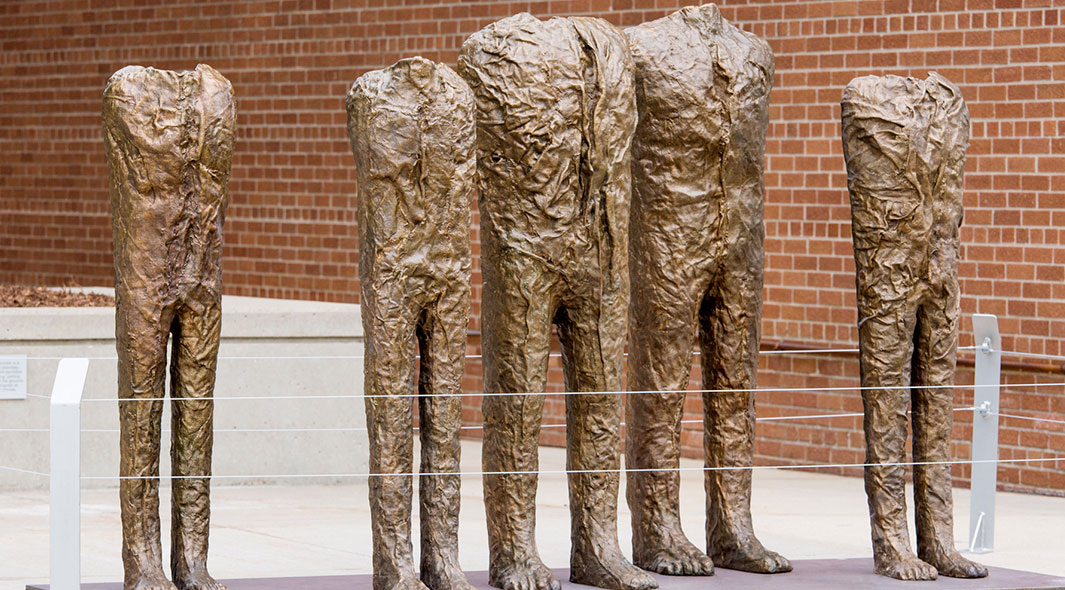 Abakanowicz  studied  art  when  Socialist  Realism  was  the  only  approved  style,  forcing  her  to  seek  a  visual  vocabulary  that  addressed  her  contemporary  world  without  censorship.  She  turned  to  inexpensive  and  easily  accessible  fabrics  and  soft  materials,  making  figurative  works  of  fiber  and  burlap,  the  rough,  tactile  surfaces  suggesting  physical  or  psychological  scarring  earned  through  life.

The  artists’  well-known  multi-figure  installations  of  sitting  and  standing  figures  recall  ancient  Egyptian  statues  that  were  the  earthly  representations  of  Kings  and  the  aristocracy.  Yet  the  works  also  evoke  the  shell  that  remains  after  these  earthly  rulers  pass  into  the  afterlife.  Abakanowicz’s  headless  figures  suggest  that  the  status  of  leader  is  but  fleeting,  all  humans  end  up  in  the  same  state  of  death  and  decay.  Abakaownicz’s  bodies  also  point  to  the  loss  of  individuality  in  the  crowd,  the  evolution  from  unique  human  to  mob,  a  transformation  that  has  renewed  meaning  in  our  contemporary  polarized  world.