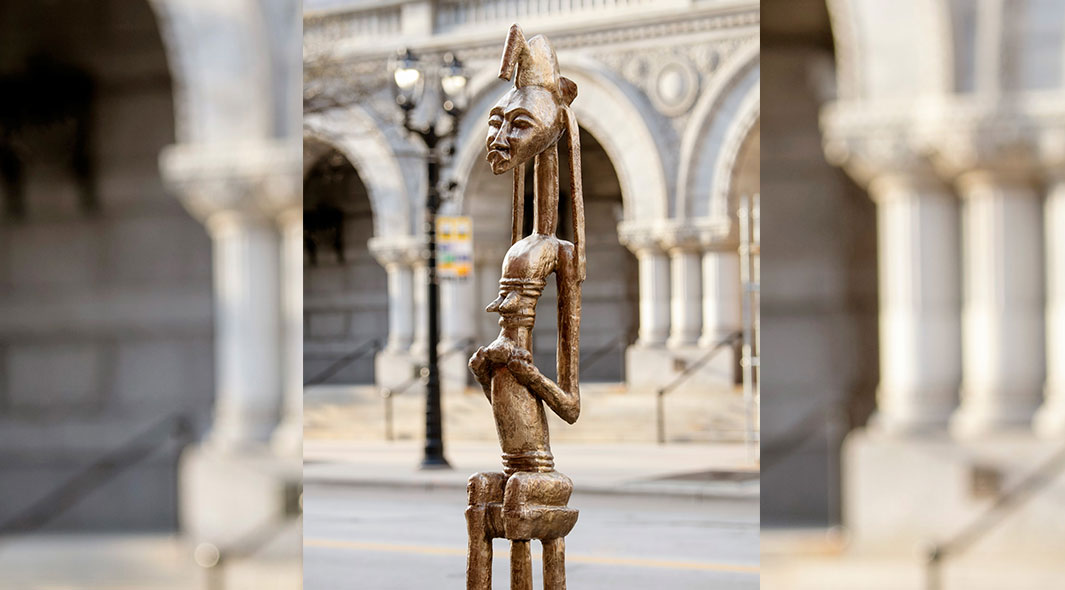 Sanford Biggers uses sculpture, painting, photography, textiles, film, installation and performance to create multi-faceted works that collaborate with the past to help us understand our present. For example, Biggers was interested in the signs and symbols of the quilts purportedly used to help slaves escape north along the Underground Railroad. Biggers has been adapting the quilt form for today, adding his own set of abstract codes that invest new meaning in the form. Biggers is also inspired by cultures from around the globe, from Rastafarianism and Zen Buddhism to ancient Egypt and 19th and 20th century African sculpture.

In BAM (Seated Warrior), 2017, Biggers casts his life-size Warrior by marking and mutilating a small wooden African “power” figure, then casting it in bronze, expanding its size to both hide and exaggerate the violence done to the original. While the serene pose of Warrior suggests a spiritual response to the violence done to its body, Biggers also evokes the contemporary epidemic of violence against Americans of color. This jarring juxtaposition is at the heart of Bigger’s work.

The artist sees himself as a collaborator to the African and African American artists and artisans who came before him, borrowing, enhancing and memorializing their work and struggles through his own object-making.