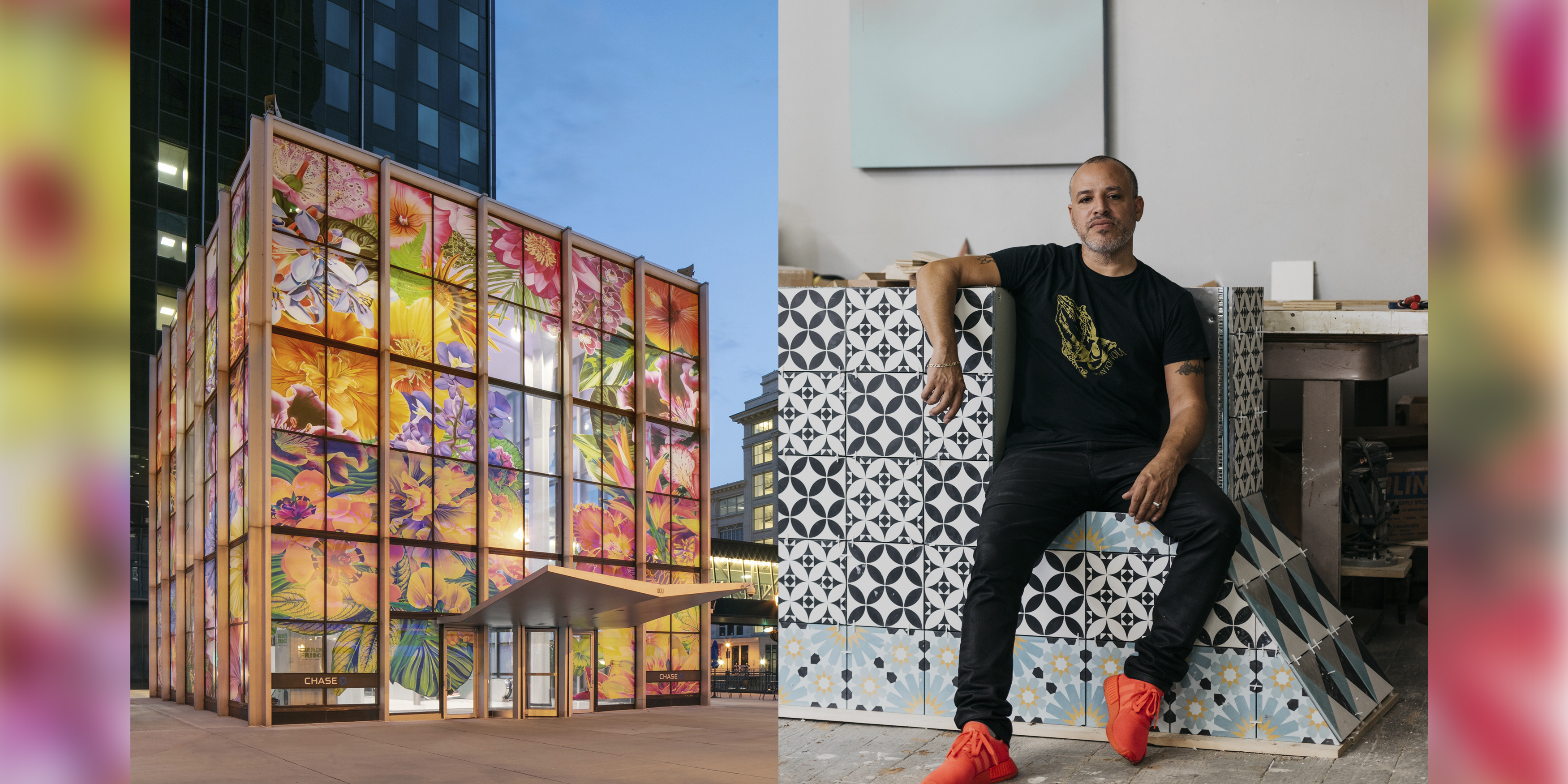 In Conversation with Carlos Rolón

We welcome Northwestern Mutual’s Curator Ruth Yasko in a conversation with the artist Carlos Rolón, in this program presented in conjunction with the 2019 Sculpture Milwaukee Exhibition.

The conversation will begin with a brief film screening by Rolon. The featured film POSSE (2007) was originally created for the exhibition, Infinite Island: Contemporary Caribbean Art at the Brooklyn Museum of Art, New York. It chronicles the story of Benjamin Melendez who was best known for brokering the gang truce in the Bronx and Harlem in 1971. At which time he was President of the Ghetto Brothers, an ethnically Puerto Rican South Bronx gang turned social activists. Melendez was also the lead vocalist of a musical group of the same name - Ghetto Brothers.
POSSE
Produced and written by Carlos Rolón
Adapted and Edited by James Fleischel/Picture Show

Carlos Rolón (Chicago, Born 1970)
Known for his multi-disciplinary practice whose work employs a wide range of media to explore themes of craft, ritual, beauty, spirituality, identity and its relationship to art history and the institution. Born to a Puerto-Rican family, Rolón’s background allows the artist to explore personal ideas which directly deal with questions of inclusion, aspiration and cultural identity. Rolón explores how cultivated settings and social barriers operate and its relationship to postcolonial spaces.
In 2007 Rolón represented Ukraine at the 52nd Venice Biennale. He is a recipient of the Joan Mitchell Foundation award for Painting and Sculpture. Rolón’s work is included in the of the Bass Museum of Art, Miami; Brooklyn Museum, New York; Deagu Art Museum, Deagu; Museo de Arte de Ponce, Puerto Rico; Museo de Arte de Puerto Rico, San Juan; Museum of Contemporary Art, San Diego; Nerman Museum of Contemporary Art, Kansas City and the New Orleans Museum of Art among others.

Recognized in the industry as one of the most re-grammed nail artists in the industry, Ashley Crowe a.k.a AstroWifey began her nail artistry career in 2008, and has since grown an enormous following on Instagram. She has worked with clients like Rosalía and Carlos Rolón at the Museum of Contemporary Art where Rolón re-created his childhood living room where his mother ran a bootleg nail and hair salon. Inspired by the wellness of natural nails, AstroWifey can turn any fingertips into treasure with hand-painted details and studded adornments.

Sign up for an opportunity to have your nails transformed into pieces of art.

Attend and enter for a chance to be selected for a signed print edition being released by Carlos Rolón/Project Backboard and eBay Charity on October 28th.

*No fee to enter the lottery *Only guests in attendance are eligible.